Who is The Secret Footballer? 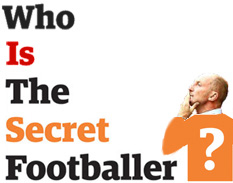 Who is The Secret Footballer?

On my way to see Spurs v Stoke last weekend I was made aware of The Secret Footballer‘s column in The Guardian newspaper by my friend Colin. I was intrigued and on Friday night I went on the Guardian website to read all of his previous articles. It has to be said I was in a bit of a drunken haze at the time and so I decided to buy the domain www.whoisthesecretfootballer.co.uk. I then set up and launched the website over the weekend whilst watching The FA Cup semi final between Man City and Man Utd, El Clasico, MOTD, The Football League Show and Arsenal V Liverpool. By this morning it has gone a little viral! Robbie Savage has been tweeting me about it and Ian Prior, Sports Editor for the Guardian, tweeted that he ‘loves it’. Crazy fun.

My name is Sam Attard. Some people call me Sambo. I am a freelance web developer and SEO geek and have been professionally developing websites since 2005. I’m an experienced user of XHTML, CSS, PHP, JQuery and WordPress based websites. I have a metal hip.
View all posts by Sambo →
This entry was posted in Sam mutterings, Web/graphic design and tagged football, secret footballer, web design. Bookmark the permalink.

One Response to Who is The Secret Footballer?

This site uses Akismet to reduce spam. Learn how your comment data is processed.